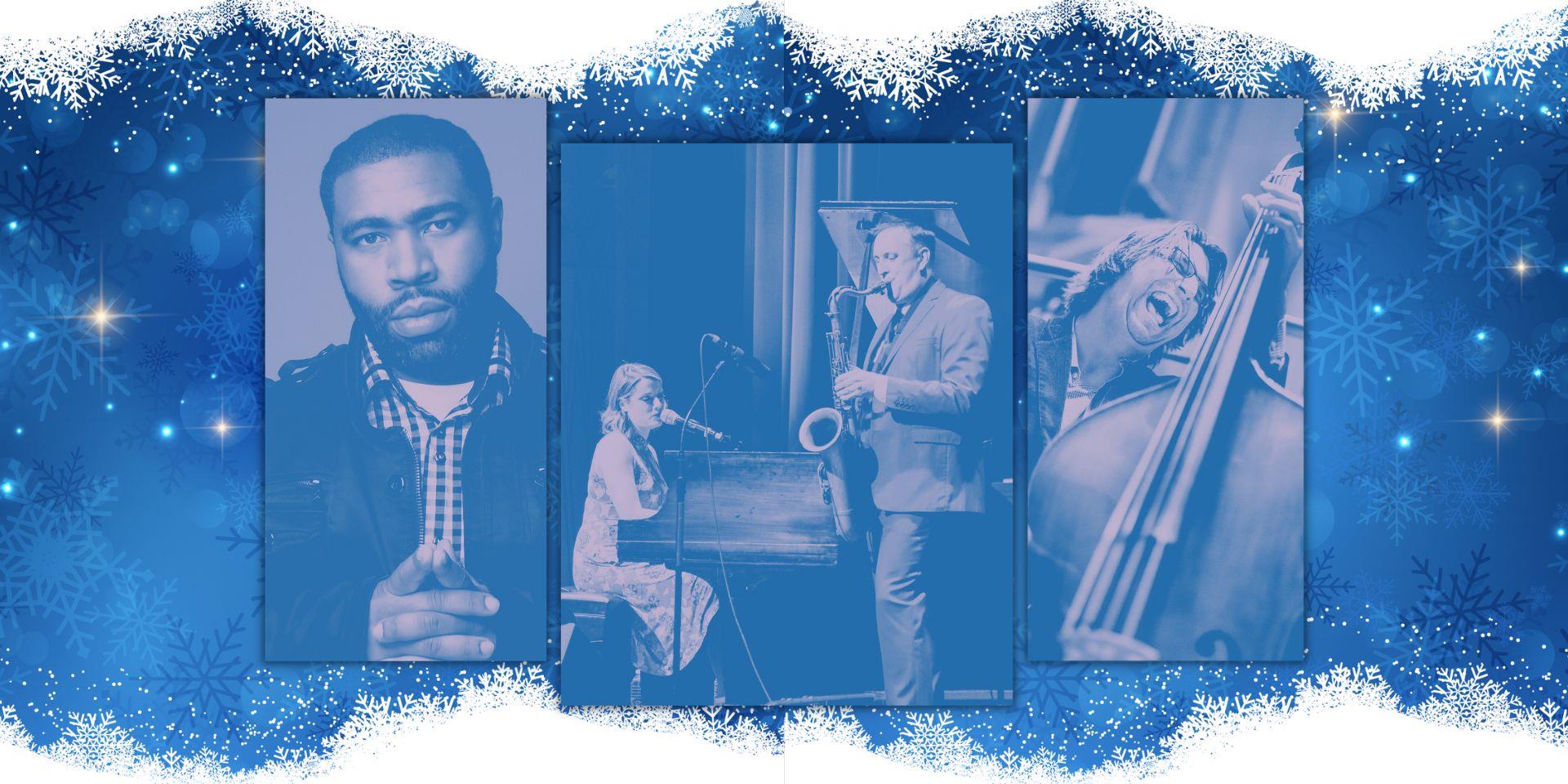 Ariel Pocock and Chad Eby, who have been delighting audiences around the world for the past five years with their intimate duo interpretations, return with their quartet to The Crown at the Carolina to swing out the holiday season!

Their all-star quartet is rounded out by the world-class rhythm section of bassist Steve Haines and drummer Brevan Hampden. Expect bold and whimsical twists on the familiar, lesser-known gems from jazz, film, and popular song, and—of course—some surprise seasonal favorites.

Tickets are $15.
Ticket Commission: A $3 processing fee and NC Sales Tax per ticket
Box Office opens at 7:00pm for this event only.

Chad Eby has earned widespread critical acclaim as “a consummate improviser” (Jazz Times), “has tremendous poise and natural melodic sense” (Ottawa Sun), and his tone has been described as ”boundless, blues-inflected, and wholly satisfying” (AllAboutJazz.com). He is Associate Professor in the Miles Davis Jazz Studies Program at UNCG, and is a Conn-Selmer and D'Addario Woodwinds Performing Artist.

Bassist Steve Haines is no stranger to North Carolina audiences as he approaches his 25th year on the faculty of UNCG. His most recent album, “Steve Haines and the Third Floor Orchestra,” features original compositions and lyrics, and an array of orchestral arrangements from the singer-songwriter genre. (And despite his Canadian heritage, he is a terrible hockey defenseman. Like, so bad.)