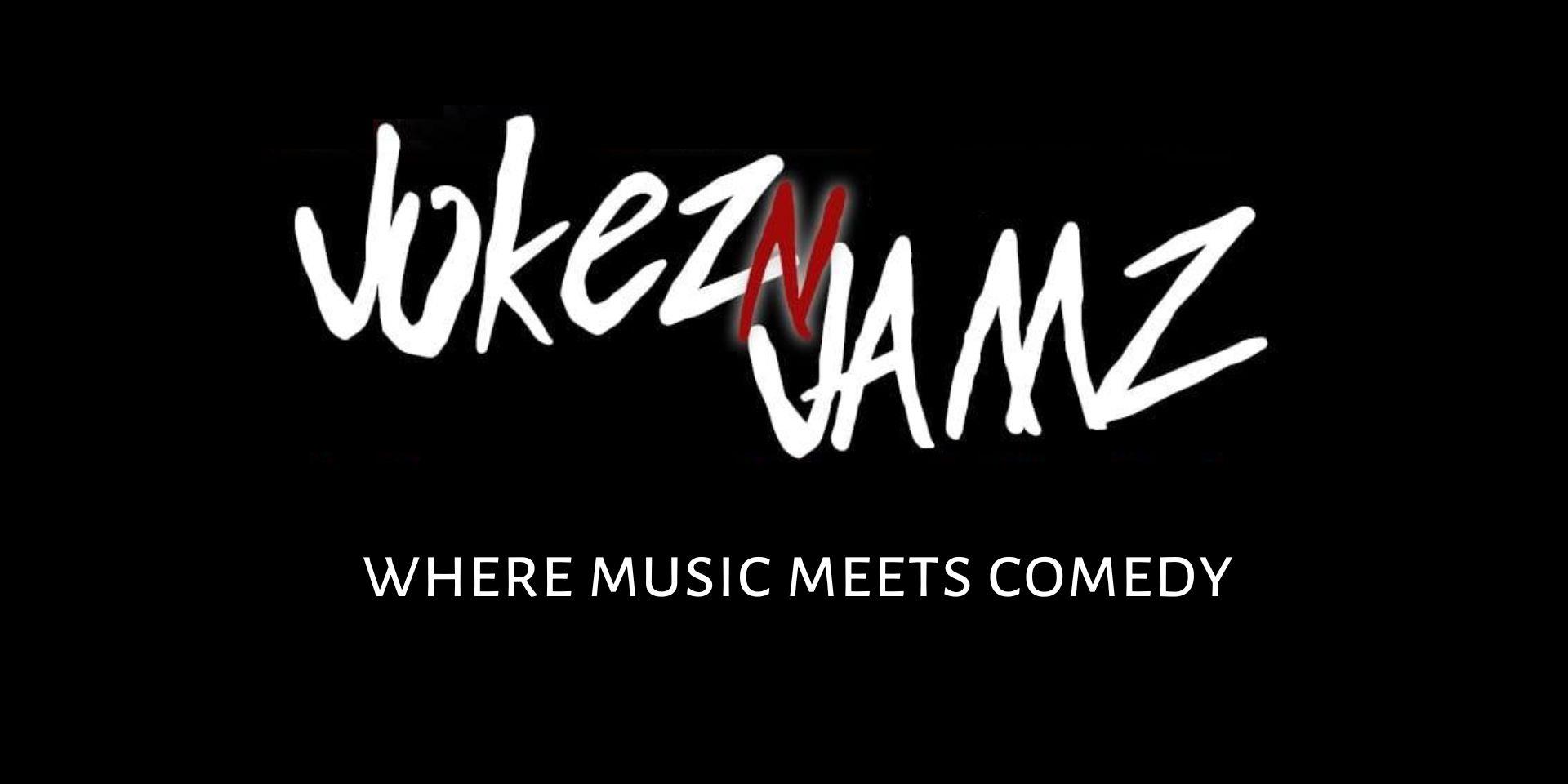 Jokez N Jamz is an intentional and innovative space that promotes diversity, togetherness, and—most importantly—creativity. Artists and comedians alike bear the cultural responsibility of speaking for entire generations by providing a glimpse into the great “What if?” which hopefully leads to empathy and understanding. With these notions being at the forefront, we strive to not only provide an event, but a platform where creatives and community alike can come experience the marriage of two pillars of modern entertainment: music and comedy under one roof.

Tickets are $10 in advance; $15 at the door.
Ticket Commission: A $3 processing fee and NC Sales Tax per ticket
Box Office opens at 8:00pm for this event only.

This is a Standing Room Only show.

ANTION SCALES (co-host)
Greensboro’s Antion Scales merges musical elements like ‘90s hip-hop, R &B, and gospel. His style can be viewed as unconventional and pleasantly versatile. Antion’s motto, “I don’t rap, I sell advice,” reflects how his upbringings and experiences have contributed to his storytelling as an artist, as well as his conscious approach to making music. As the founder of “Entitled Militia,” Antion has found joy in uniting and inspiring other talented individuals within the community.

DAVID GOOLSBY (co-host)
David Goolsby is a stand-up comedian from Greensboro who combines his overt self-awareness with a unique perspective on the world, performing at clubs and venues throughout the southeast. He is also the host of a comedy and philosophy podcast, "The Oowap," encouraging people to define their happiness and destiny.

RAKEEB WIZE
Norfolk, VA’s Rakeeb Wize has been releasing music videos and mixtapes since the age of 13. Now 25, the indie artist has recently delivered the self-titled “Keeb” EP on all streaming platforms. From R&B to hip-hop and neo-soul, there’s no end to the range of the vibe Keeb may provide.

ERIC BROWN
Eric Brown is a naturalized North Carolinian, drop-out Aggie, and host/producer of the Carolina Comedy Review presented by Fat Tuesdays in Greensboro. You may have seen him at the laugh lounge in Winston-Salem, the Cash Out Comedy series at the Comedy Zone, or at the North Carolina comedy festival.

DAKOTA DAY
Dakota Day is an up-and-coming comic born and raised in Charlotte, NC. His primary style of comedy is using past situations and to tell long form stories with pointed observations. He is a frequent guest of the Idiot Box comedy club in Greensboro, and in his first year in comedy, he has performed in clubs all throughout the southeast.

ELIJAH ROSARIO
Hailing from Durham, R&B/Pop artist Elijah Rosario has been making a name for himself. His latest body of work, "Genuine Truths," and some of his most streamed singles have begun to create traction for the rising singer. His innovative melodies, exceptional instrumentals and groove-laden rhythms make up Elijah’s unique sound, intertwining genre lines and creating music that’s refreshing to the ears.

DAVID DECAREAUX
Always dreaming of making people laugh, David Decareaux is a 24-year-old comic from Greensboro. He’s performed along the east coast five years now, bringing his sharp wit and personal twist on observations about life, love, drugs, and mental illness to the stage. Once he gets going, his awkward demeanor and neuroticism collide into a tornado of laughter.

KYLAH LESHON
NC’s Kylah Leshon is a 23-year-old solo artist, instrumentalist, and producer, and is also a member of the artist collective Nu-Wrld.