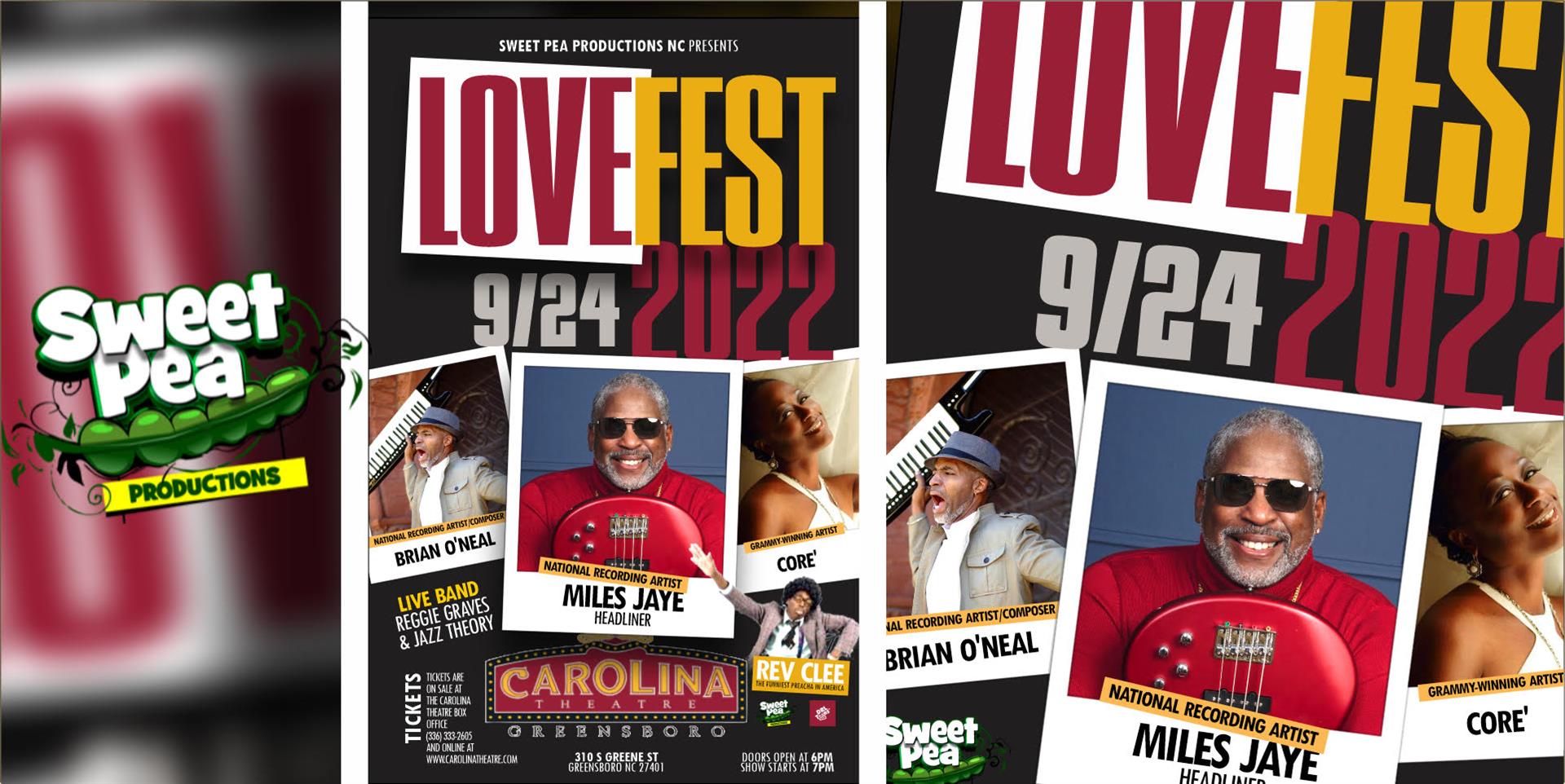 Tickets are $60.
A limited number of VIP tickets are available for $80.
This package includes premium seating and an after-show Meet & Greet in the Theatre’s Renaissance Room with heavy hor d’oeuvres.
Ticket Commissions: A $5 processing fee and NC Sales tax will be added to each ticket.

HOSTED BY Dr. O. DeShea Cuthrell AKA “Rev Clee”
(THE FUNNIEST PREACHA IN AMERICA)
Dr. O. DeShea Cuthrell, Sr., is a native of Statesville, NC, is the founder and Senior Pastor of The Transformation Movement Worldwide, Inc., in Tyler, TX, and the CEO of Cracked Up Entertainment.

As an accomplished musician, Dr. Cuthrell has been blessed to work with some of the great names in Gospel Music, such as Pastor Shirley Caesar, Ricky Dillard, Myrna Summers, and Darius Brooks, to name a few. He is married to Jacqueline Cuthrell and together they have eight (8) children and ten (10) grandchildren.

Inspired by artist such as Earth Wind & Fire, Gino Vanelli, Norman Brown, Carlos Santana and others, his music will connect with audiences from different cultures around the world.

This year Reggie is looking to become that new face and talent in the Smooth Jazz world. He has something unique and special about his music and his style of playing I’m sure the world will love to hear.

ABOUT Core’ Cotton
(GRAMMY WINNING RECORDING ARTIST)
corescotton.com
Coré S. Cotton is a Grammy-winning recording artist, songwriter, attorney, author, life coach, and CEO, who “does not do boxes.” She is a former featured vocalist of the Sounds of Blackness, and has performed with many industry greats including, Aretha Franklin, Luther Vandross, Janet Jackson, John Cougar Mellencamp, and Daryl Hall, just to name a few. She also has performed at venues internationally, from The White House to the Lugano Jazz Festival in Switzerland, and a host of venues in between, including in television appearances such as Soul Train, the Today show, and The Tonight Show, among others. The 2022 National STRONGER THAN women’s empowerment campaign, which Coré chaired, features the title song, “STRONGER THAN…,” which she wrote.

Coré’s personal story and one-woman show, A Woman Evolves, which she wrote,
produced, and performed, can also be seen in a powerful biopic of the same name. Her
mission is to leverage her proprietary music, coaching programs, and writings to empower women across diversity dimensions to stop out of their boxes and into their purposes, without sacrificing their passions.

ABOUT Brian O’Neal
(NATIONAL RECORDING ARTIST and Composer)
BCOmedia.com
Brian “Bean” O’Neal was born and raised in Detroit, MI where he first discovered his passion for music at the age of 6, while taking his first drum lesson. Brian, aka Bean, plays many instruments, including the saxophone, bass, and trombone. He aspired to be a professional drummer, until his junior year in high school. Being short a band member, his band director asked him to fill in on the piano during a performance. Brian instantly became enthralled with the idea of mastering such a magnificent and gentle instrument.

At that time his grandmother, Daisy O’Neal, noticed how comfortable and excited he was about playing. Grandma Daisy purchased his first piano. Bean’s passion for the piano increased, as he experimented with various melodies and chords, causing his skill to mature rapidly. As a self-taught Pianist, he received a full Piano Music Scholarship to Alcorn State University.

His love for movies and children inspired him to compose film scores for youthful audiences around the country. Expanding his knowledge of music, he began touring with Rock and Top 40 Bands, Atlanta based jazz band “Take Notes”. While on tour with Contemporary Jazz/R&B artist Kem, he served as the Assistant Music Director and co-writer before going solo and touring as a national recording artist himself. He’s shared the stage with the likes of– India Arie, Fantasia, Stevie Wonder, Morris Day and the Time. In addition to that, he has written film scores, and created jingles for the McDonald’s Corporation and other companies.

ABOUT Miles Jaye
(NATIONAL RECORDING ARTIST)
Miles Jaye is an American singer/songwriter best known for his distinctive baritone vocals and the classic hits, “I’ve Been a Fool for You,” “Let’s Start Love Over,” and “Heaven.” With a career spanning more than 30 years, Jaye is also a respected jazz musician and record producer.

In 1981 Jaye returned to New York from a five-year stint in the U.S. Air Force. Formally trained in both classical and jazz violin, he became a regular on the New York jazz club scene.

He has also toured European jazz festivals, Montreux in Switzerland, Capitol in London, Nice on the French Riviera and North Sea in Holland. Jaye was a featured sideman with jazz guitarist Eric Gale and vocalists Jon Lucien and Phyllis Hyman on electric violin, vocals, flute and piano.

In the mid-eighties, Miles Jaye led the iconic pop group the Village People as the “Cop,” highlighted by a headline run at the Riviera in Las Vegas as well as touring South America, South Korea and two major Australian tours. After leaving the group, Jaye embarked on a solo career on Teddy Pendergrass’ Top Priority Records distributed by Island and Atlantic Records.

The success of his solo career landed Jaye appearances on American Bandstand with Dick Clark, the Pat Sajak show, Soul Train with Don Cornelius, B.E.T. with Donnie Simpson and the Arsenio Hall show with Nancy Wilson.

Jaye is a published author, playwright visual artist, and a graduate of Le Cordon Bleu College of Culinary Arts.