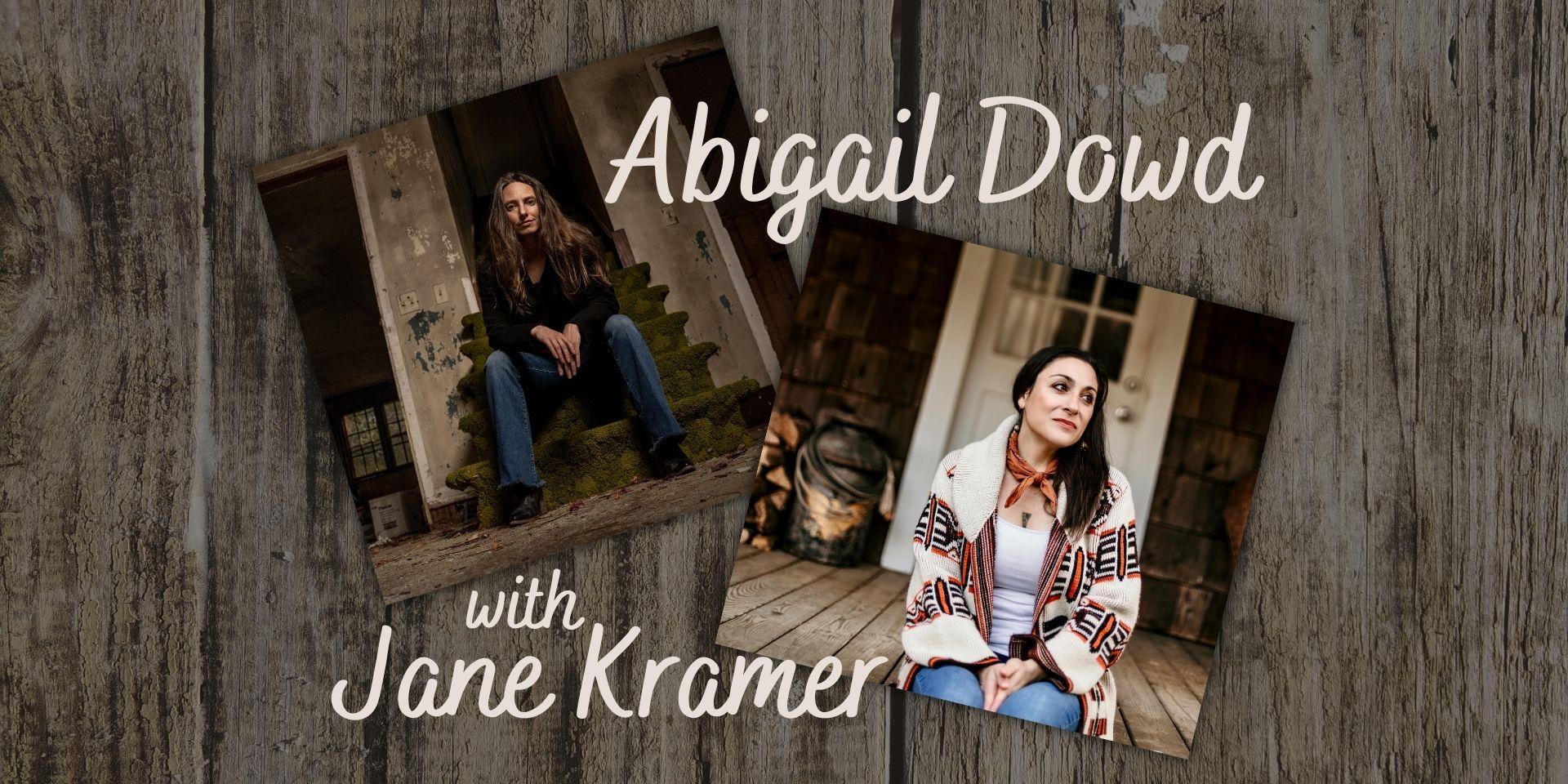 The Crown at the Carolina Theatre welcomes back Abigail Dowd whose “effusive songs are steeped in storytelling and soul.” Together with Jason Duff, this duo lands somewhere between folk and roots rock, and rock you will.

Following a full-band sold-out release show for their album Beautiful Day last June, they return for an intimate evening with new songs and stories. They will be joined by Asheville-based Jane Kramer whose music is introspective, gracefully gritty and fiercely memorable.

Abigail and Jane (unknowingly) shared their last show before the pandemic shut down live music. Swapping stories on and off stage, they became fast friends and have spent the past couple years connecting deeper over the joys of birth and sorrows of death, talking of sisterhood and the mystical powers of music. Don’t miss these two special ladies who bring their audiences in like old friends around a warm meal by the fire.

Tickets are $20 in advance; $25 at the door.
Ticket Commission: A $3 processing fee and NC Sales Tax per ticket
Box Office opens at 7:00pm for this event only.

ABOUT ABIGAIL DOWD
Singer/songwriter/guitarist Abigail Dowd grew up under the longleaf pines in the Sandhills region of North Carolina. Known for her storytelling and command of an audience, she has been called "a writer of the highest caliber” (The All Scene Eye). Her soulful voice and unique classical guitar style combined with the edgy bass of Jason Duff caught the attention of Acoustic Guitar Magazine, which described the album Not What I Seem, “The guitar-driven introspective folk of the 1970s [as] a touchstone, but so are blues and roots rock ’n’ roll.”

Pulling from her heritage of storytelling and determination, Dowd weaves hints of Celtic melodies with the soulful gospel of the south to create a sound that dances between folk, rock and blues.

Dowd’s latest album Beautiful Day was released on April 23, 2021. Recorded live with a full band at the Fidelitorium, the album was produced by Grammy nominated engineer/mixer Jason Richmond.

ABOUT JANE KRAMER
Lauded by UK music reviewer Three Chords and the Truth as sounding like she was “…born to gypsy poets and raised by Emmylou Harris,” Asheville, North Carolina songstress Jane Kramer has garnered international recognition for the sultry, heartrending originality of her vocals and for the heavy-hitting lyrical eloquence of her songwriting.

With deep roots in the musical traditions, culture and lore of her beloved Appalachia, Kramer’s songs are introspective, gracefully gritty and fiercely memorable. They elegantly sweep listeners down the gravel roads and southern coastal highways, midnight truck stops and lonely motel rooms of “hard learning” and lead home to the wooded Blue Ridge Mountains with moving acceptance of our flawed human experience. Kramer’s live performances are equally as poignant and engaging; rich with accessible, warm, often hilarious storytelling and gracefully lifting the veil between audience and performer.