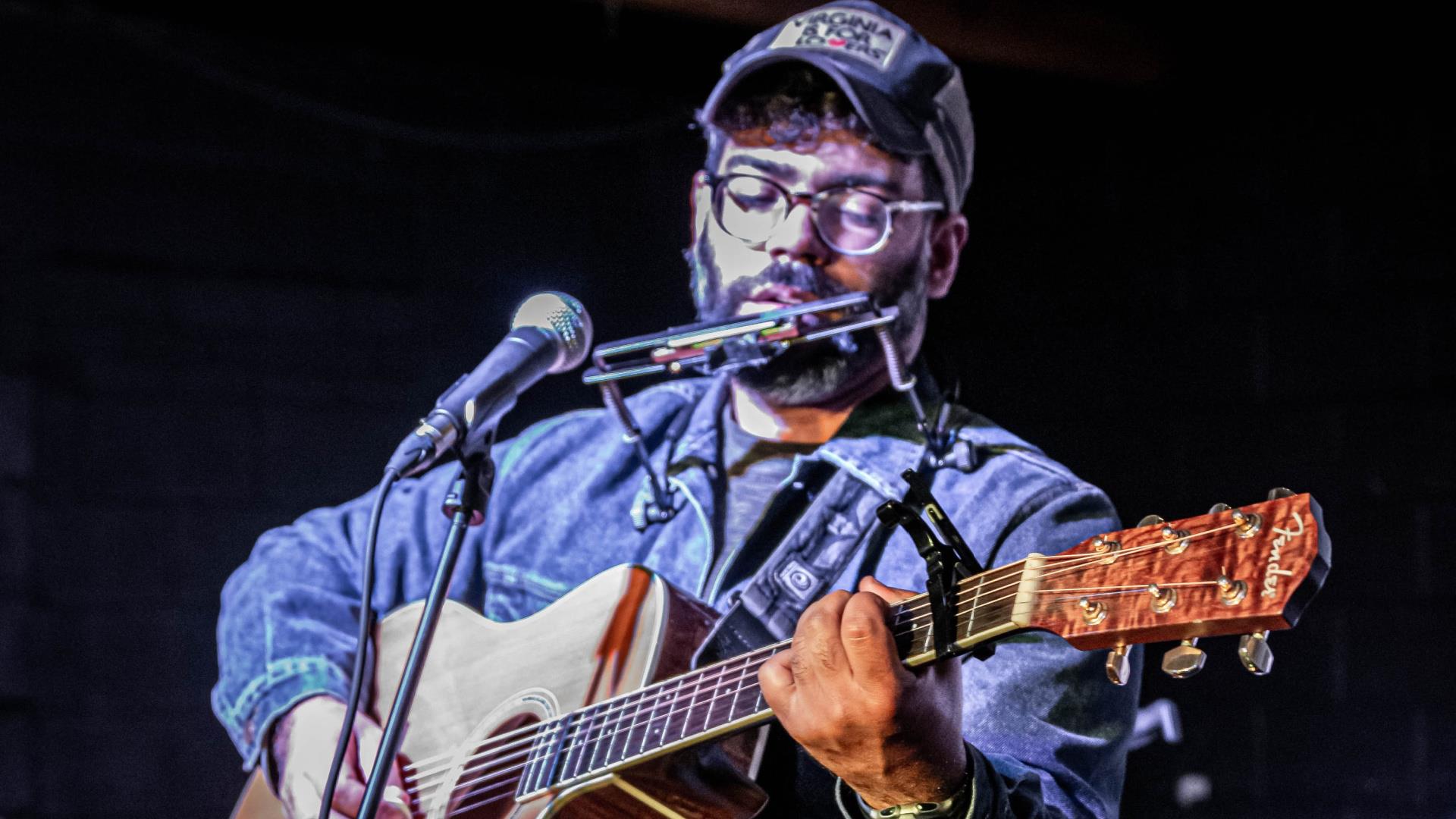 In a return to the fiery old-time banjo and fiddle-driven sounds of his first release, Colin rejoins forces with Christen Mack of the Zinc Kings for the release of his third album, Hot Pepper Jam, full of original and traditional songs about misadventures at home and abroad.

Cutler and Mack will be joined for the evening by Laura Jane Vincent and Viva La Muerte.

Tickets are $15 in advance; $20 at the door.
Taxes, commissions, and fees are included.
Box Office opens at 6:30pm for this event only.

ABOUT COLIN CUTLER
Pulling from Appalachian old-time, Piedmont blues, and Dust Bowl storytelling, Colin Cutler is a banjo- and guitar-slinging songwriter with two albums and an EP under his belt already, with a few more in the works. His music ranges from tragic to joy-filled and hilarious to twisted, with inspirations from Southern literature, medieval ballads, and his own misadventures.

Cutler cut his musical teeth while in grad school at UNCG before the Army took him overseas. He lived in England for a year, studying creative writing and playing music on the street, and taught and performed around Romania and Bulgaria before the pandemic brought him back to North Carolina.

He's had songs play on stations around North Carolina and Virginia, Ireland, on BBC Introducing, and in a British zombie movie, but his best stories are probably about that one time in Kentucky…

ABOUT VIVA LA MUERTE
Viva la Muerte was selected in 2019 by YES! Weekly's readers as the Best Original Band in the Triad. Born as a fiddle and two guitars back in 2005, VLM expanded their sound in 2012 and launched a Kickstarter campaign to raise $10,000 for their first album, All the Birds. Critical acclaim for the album followed. (“All the Birds is a great new album that certainly puts most of the boring folk music these days in its place. The album screams with creativity,” said Amplifier magazine.)

Viva la Muerte is a spiritual walkabout, from the front porch to the desert and back to the magnolia, it’s thoughtful music that doesn’t forget to have fun. VLM’s sound might best be described as psychedelic Americana if, by psychedelic, one means a place where borders blur, and if, by Americana, one means a respect for the deep roots of American music.

ABOUT LAURA JANE VINCENT
Laura Jane Vincent is a mainstay of the Piedmont music scene. With a voice often compared to Natalie Merchant and lyrics as deep as the river she lives beside, she was also selected as the AMPD Triad Expo songwriter of the year in 2017 and hosts Glendonfest biannually. She is currently touring on her All These Machines album, a collaborative foray into electric space folk.