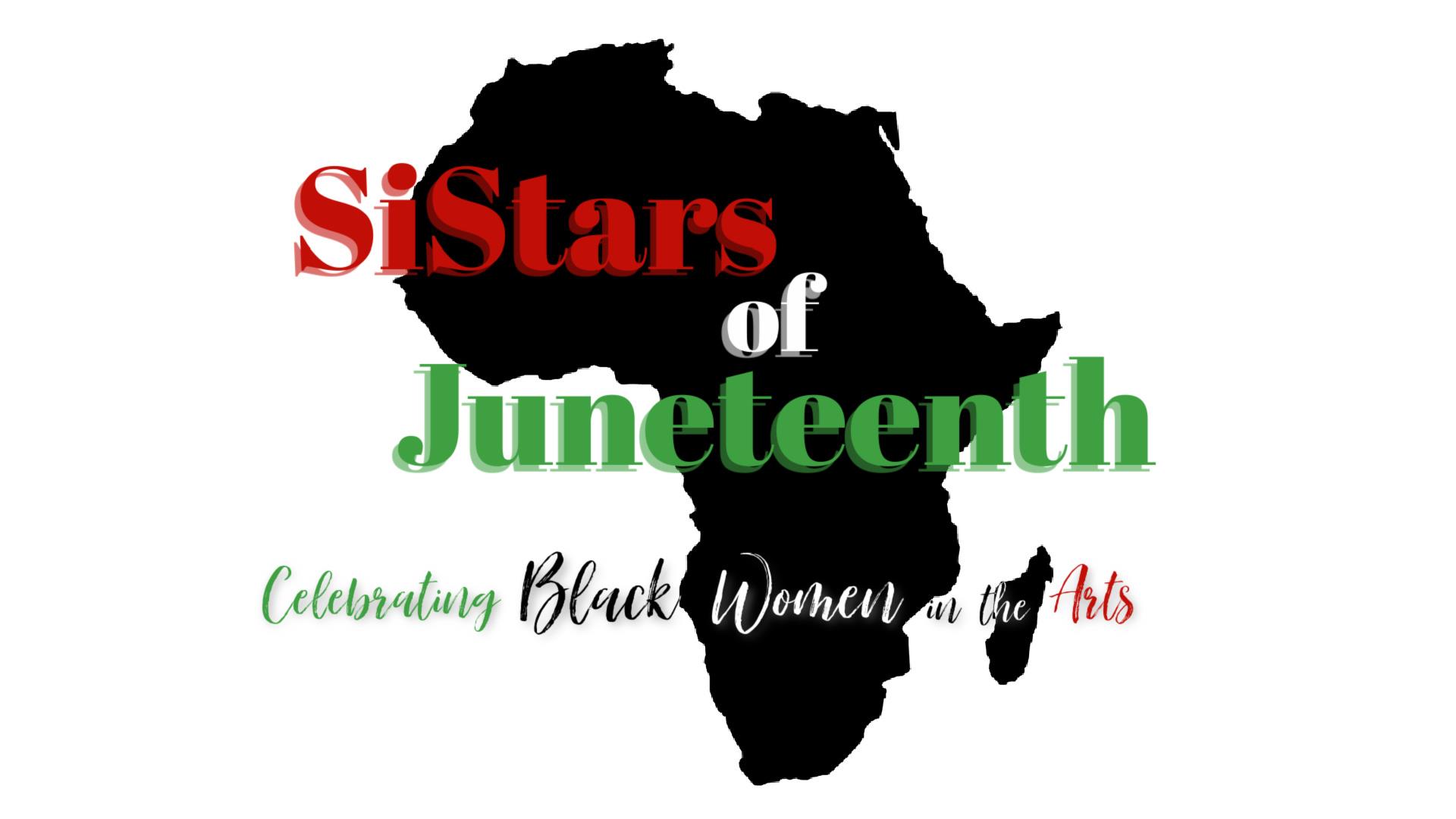 SiStars of Juneteenth is a celebration of Black women artists in every genre, including live painting, hip-hop, dance, music, and poetry, together on the Carolina Theatre stage.

The night will feature the Triad’s own:


Tickets are $17.
Taxes are included.
Box Office opens at 7:30pm for this event only.

ABOUT ALTER EGOS BAND
Alter Egos Band started in Greensboro in September 2015. The band was founded with an all-female front line to assure that women could bring high-energy shows to the stage, and Alter Egos’ unique style of funk, jazz, neo-soul, R&B, and rock has been commanding and captivating audiences, urging them to move to the crashing go-go beats ever since. Alter Egos Band has had the pleasure of entertaining audiences at CIAA, WSSU, NCA&T, and at the Greensboro’s Fun Fourth Festival. These ladies are true women of empowerment, supported by an amazing backline of artists. Together, their amazing mix of musicianship, showmanship, leadership, and energy take over the stage, letting their alter egos shine.

ABOUT CARLA SIMPSON
Carla Simpson, a.k.a. Crazy Carla, has been doing stand-up comedy for more than a decade and has been acting for almost five years. Carla lives in Winston-Salem and is the proud mother of four, whom she affectionately calls The Thunderkittens. Carla loves performing, whether it be comedy, acting, or spoken word. Her credits include roles in the web series "The Great Come Up," YouTube movie, "The Cure for Kyle,” and the stage play "Her Story, His Truth,” for which she won the local honor of Actress of the Year portraying First Lady Gloria Jones. Her vast credits continue to grow, with many more projects to come, either acting or bringing the funny to the stage.

ABOUT DEMI DAY
Demi Day is an independent rapper and lyrical mastermind, carving out a path of creative greatness. A self-taught performer, writer, and graphic designer, Day left behind her former endeavors as a minister and scholar to pursue her artistic passions. Beginning with her first official single, “Back to the Root,” Day has slowly amassed a fanbase of loyal supporters whom she deems the “DayCrew.” With the support of her DayCrew, she has opened for acts including Taylor Bennett, Blitz the Ambassador, Noname, T.I., and Raheem DeVaughn, and she has also graced the stage at several festivals. In October 2020, Demi Day released her newest mix, “Heart Turned Gray,” a project that cements her as a versatile lyricist and swaggy singer with the poise for conceptual albums of credible merit.

ABOUT KEISHA McKANE
Keisha McKane is a writer, spoken word artist, and community organizer originally from Connecticut, and now residing in Burlington, NC. In addition to performing, recording, and writing, the heart of her work is with Artists 4 Justice, a social justice centered collective she started in November 2014. Artists 4 Justice actively use their artistic mediums to work toward solutions for the issues, inequities, and inequalities that plague our communities.

ABOUT TABIA McKINZIE
Tabia McKinzie is a native of Memphis, TN, but has been in Greensboro for six years. She is a dancer, teacher, and choreographer, who was recently a featured dancer for the 2020 National Dance Day in Greensboro, performing her own choreography inspired by Afro-Contemporary dance, and in 2019, she was crowned Ms. Full-Figured North Carolina. Most importantly, Tabia is a mother of a daughter with disabilities, and she works tirelessly as an advocate for people with disabilities in her honor. Currently, she is working on a program titled “Dance Beyond (Dis) Abilities for Children who are Hard of Hearing,” for which she received the Theatre of Movement’s Black Network Community Grant. Tabia plans to use her story and experience to continue to assist, build, and inspire.

ABOUT TYAMICA MABRY
Tyamica Mabry is a self-taught visual artist who, in 2010, discovered she had a hidden gift when she attempted to draw cartoons. Uncovering her talent as an adult confirmed her belief that, “Where there is passion, there is ability. Find your passion and you will succeed.” Tyamica’s passion has led her to reach far beyond the canvas, creating custom paintings and murals, as well as wearable art such as hand painted earrings, tote bags, and t-shirts. When her love for creativity and writing merged, Types of Her was born. The mission of Types of Her is to use art and poetry to uplift and encourage women to embrace their internal beauty. Tyamica’s method is art and poetry, but whatever the method, it should be embraced. You never know who you may inspire.

ABOUT SUNQUEEN KELCEY
SunQueen Kelcey has two things at the center of her music: body positivity and radical self love. These are more than ingredients to her lyrics, though, they are her soul, and she has such a strong calling to these tenets that watching her at the mic is more than a concert. Her musical style is a genre-bending collage of hip-hop, soul, rock, and contemporary R&B, which she delivers in an energetic and passionate performance, complete with her live band The Soular Flares. Specializing in blending her original music with Top Billboard Hit covers, she is the center of a universal sound that aims to unite her listeners over a shared experience.

ABOUT LAVINIA JACKSON
Lavinia Jackson, aka, “Momma Love”, is a multi-award-winning author and poet. She has brought poetry to schools, the Interactive Resource Center, and the Public Library. Her work includes creating a platform for poets and artists to collaborate called Community Arts Boxes. She was an Artist in Residence at Revolution Mill, and her work has been featured in “For Love and Country” with JoyeMovement Dance Co and “February Once Again” by I Inspire productions.

Most recently, Lavinia has been involved with Greensboro’s Juneteenth celebrations, almost since inception, lending whatever support was needed. This year, as a member of the Executive Committee, she partnered with the Carolina Theatre, creating her SiStars of Juneteenth event, which opens the four-day celebration by highlighting Black Women in the Arts.