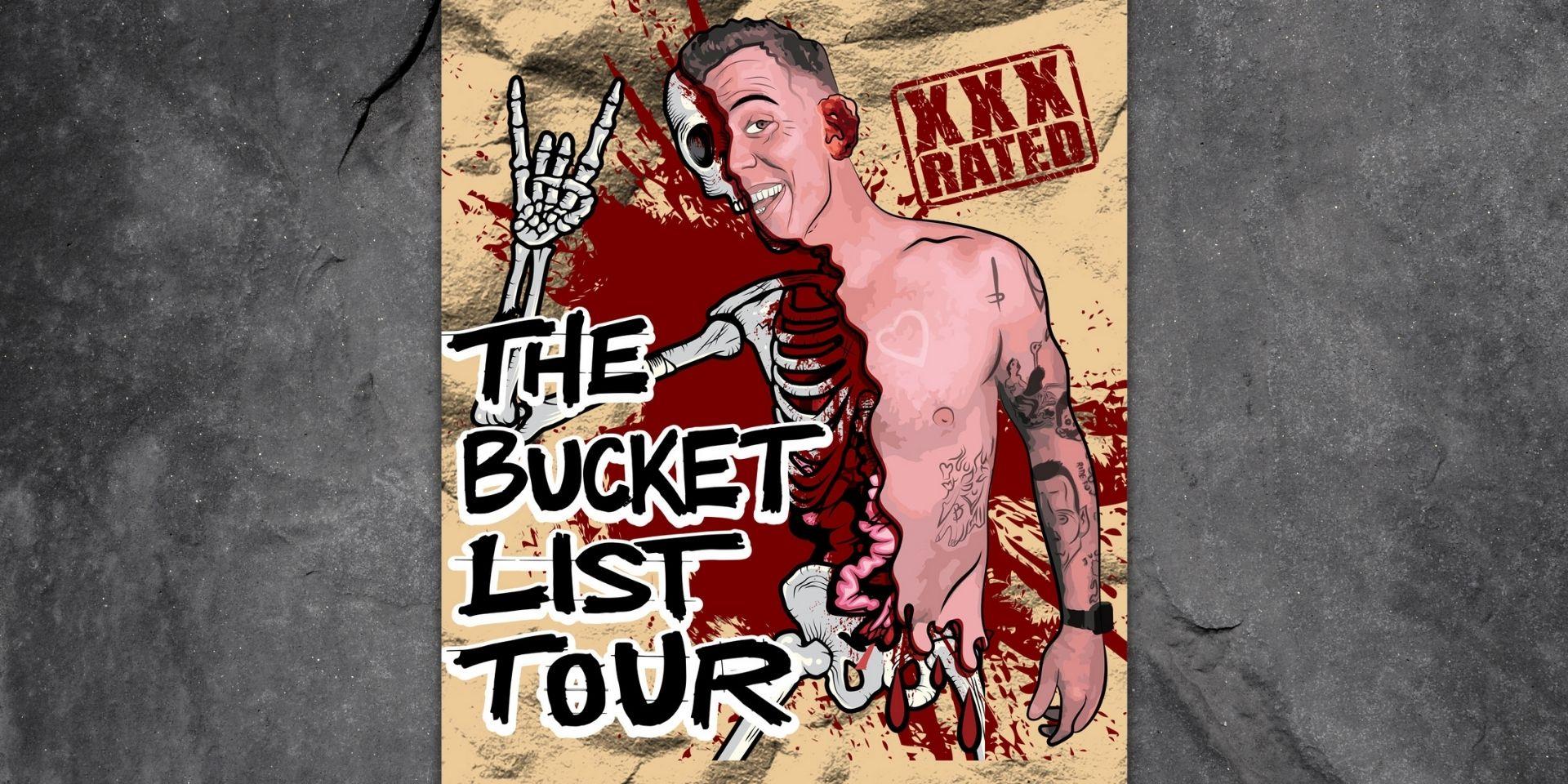 Every idea on Steve-O’s Bucket List was so ill-advised, he never expected to go through with any of them. Until it was time to prepare for this tour. Not only are the stunts more ridiculous than what you already know Steve-O for, he did them all, and made a highly XXX-rated, multimedia comedy show out of them. Not for kids, or for the faint of heart.

*The limited $125 tickets include a VIP Meet & Greet Package.
This package includes:

ABOUT STEVE-O
Steve-O (a.k.a. Stephen Glover) was willing to do whatever it took to become famous. After failing miserably at the University of Miami, Steve-O was a homeless couch-surfer for three years before he attended Ringling Brothers and Barnum & Bailey Clown College to help further his goal of becoming a famous stuntman.

His relentless attention-grabbing ultimately led to working with Johnny Knoxville on a stunt-based reality show. MTV aired the first season of JACKASS in 2000. The rest is history.

Since then, Steve-O has had continued success as a New York Times best-selling author with the release of his memoir, “Professional Idiot,” and he has established himself as a force in the world of stand-up comedy. He's thrilled to be releasing his new, profoundly multimedia, and wildly explicit comedy special, direct to his fans. It's called "Gnarly", for good reason.

Steve-O has never stopped being wild and crazy, but he’s definitely evolved. He’s been clean and sober for over twelve years now and developed a genuine love for animals, including the four dogs, two cats, and three goats he and Lux have rescued.