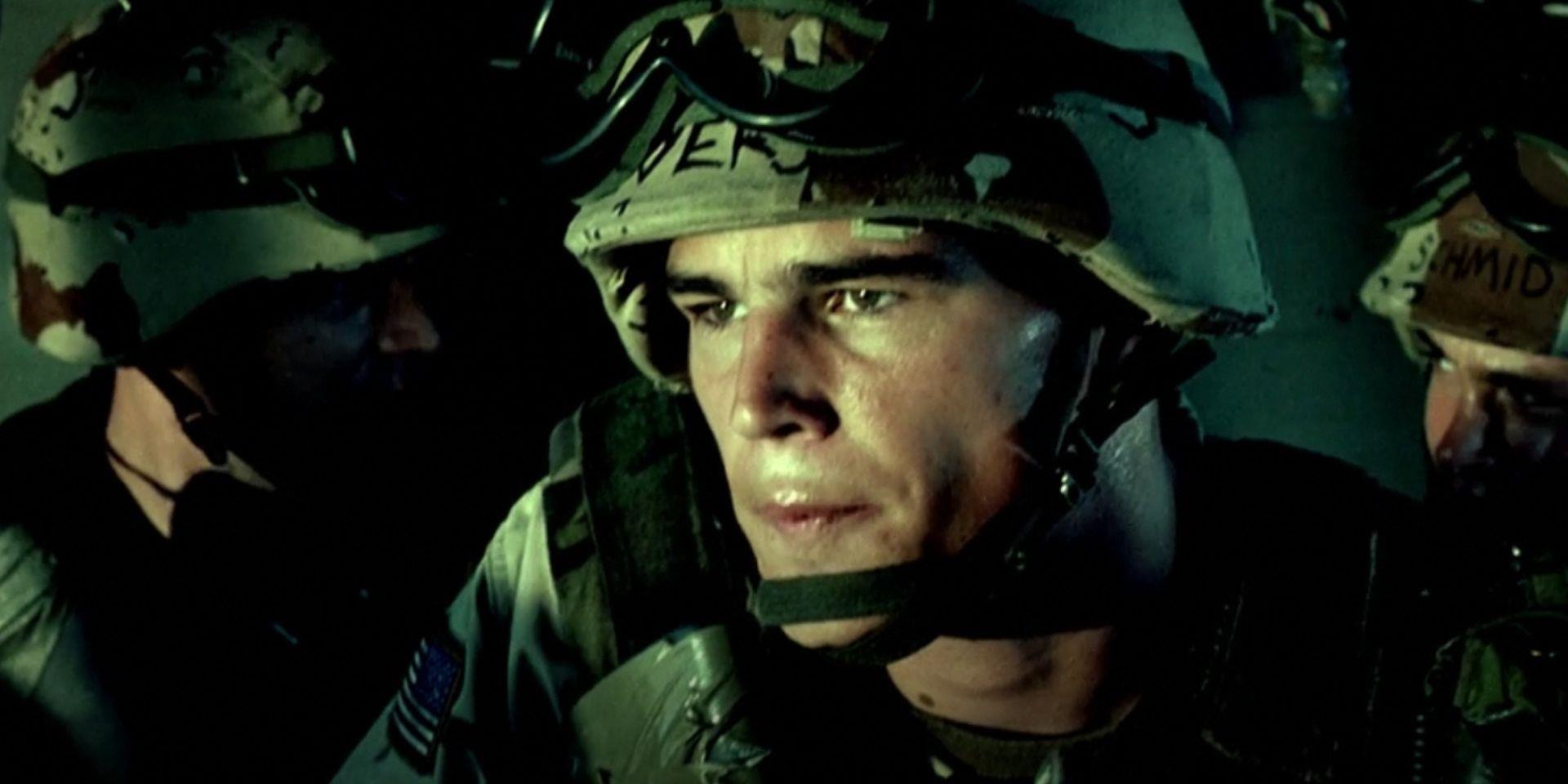 The film takes place in 1993 when the U.S. sent Special Forces into Somalia to destabilize the government and bring food and humanitarian aid to the starving population. Using Black Hawk helicopters to lower the soldiers onto the ground, an unexpected attack by Somalian forces brings two of the helicopters down immediately. From there, the U.S. soldiers must struggle to regain their balance while enduring heavy gunfire.

BANNING THE BOOK
Mark Bowden’s Black Hawk Down explores a failed Special Forces mission in Somalia and the resulting battle in Mogadishu between the United States and Mohamed Farrah Aidid's militia. The book was banned in a Louisiana classroom in 2008 for profanity.