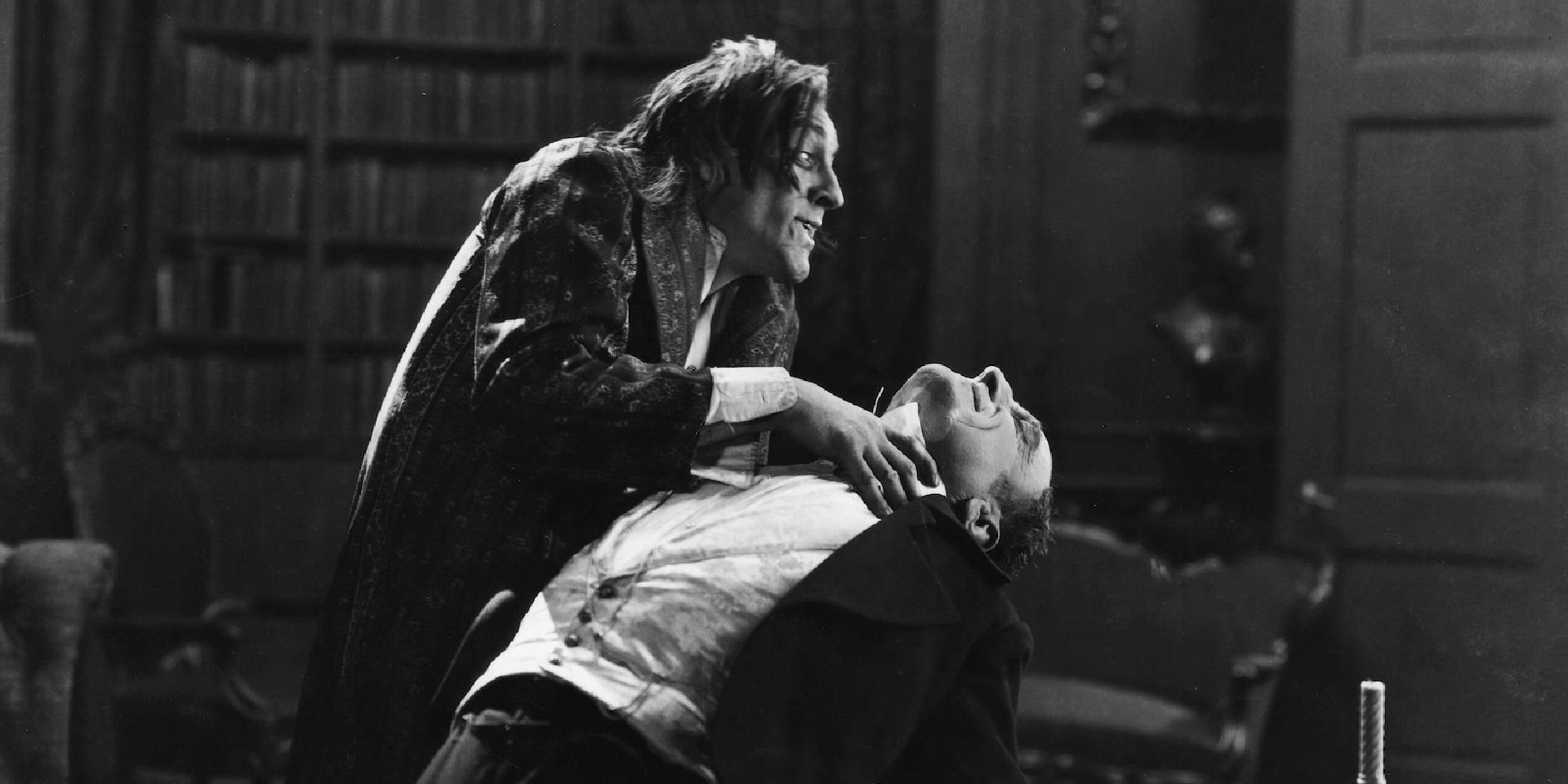 Tickets are $7, taxes and fees included.
Our standard discounts are back!

ABOUT DR. JEKYLL AND MR. HYDE
Based on the Robert Louis Stevenson story, Dr. Jekyll, a London physician and philanthropist, becomes fascinated with the dual nature of man after the extravagant Sir George Carew exposes him to temptation. When he discovers a drug that separates the good from the evil, he decides to live both roles and names his evil persona Mr. Hyde. Jekyll becomes fascinated with the two contrasting sides of human nature, but it is not long before Hyde’s personality begins to dominate Jekyll's affairs, leading to murder and obsession.
Starring John Barrymore, Brandon Hurst, and Martha Mansfield. 1920, Not Rated, 1 hour and 7 minutes.

ABOUT MICHAEL BRITT
A Baltimore native, Michael T. Britt began piano studies at age 12. After studying piano and organ at the Peabody Preparatory School, Michael entered the Peabody Conservatory of Music in 1979. He graduated with a Bachelor’s Degree in Organ Performance having been the recipient of the Richard L. Phelps Award and a three-time recipient of the Richard Ross Award for organ. In 1980, Michael became the Associate Organist at the Shrine of the Little Flower and in 1981, was appointed Minister of Music where he served for nearly 26 years. In 2012, Michael was appointed Minister of Music and Organist at Brown Memorial Park Avenue Presbyterian Church in Baltimore, Maryland. He is also on the faculty at the Community College of Baltimore County and serves as Organist at Beth-El Congregation as well as house organist at the Weinberg Center for the Arts in Frederick, Maryland.
Michael maintains an active schedule as a recitalist and silent film accompanist. He performs yearly at the chapel at Princeton University, the Byrd Theatre in Richmond, Virginia, and the American Film Institute in Silver Spring, Maryland. He has also performed at the Riverside Church in New York City, and in 2009 was invited to perform at the Cathedral of Notre Dame in Paris, France.

See you at the theatre!