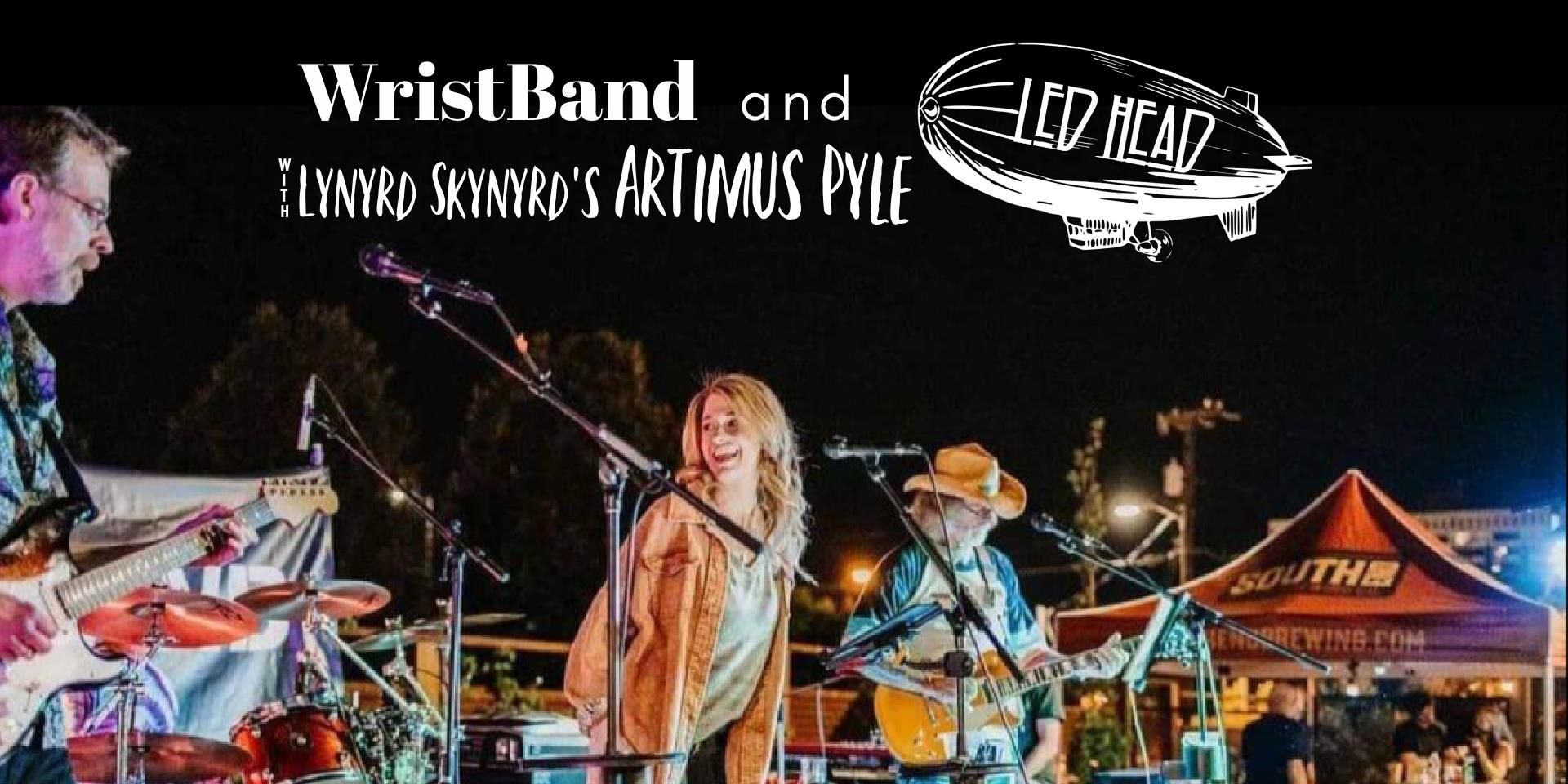 With special guests Artimus Pyle of Lynyrd Skynyrd and Justin Loew of The Mantras!

Tickets are $10 in advance; $15 at the door.
Ticket Commission: A $1 Facility fee and NC Sales tax per ticket
Box Office opens at 7:00pm for this event only.

ABOUT WRISTBAND
WristBand shows deliver the sounds that made rock music great! Strongly influenced by the Allman Brothers, the six-piece band features the slide guitar & vocals of Poppa T. Lineberry, John Pugh on percussion, Craig Young on bass, Scott Humphreys on lead guitar, Jefferson Dalby on piano and organ grooves, and Abby James on vocals. ABB fans love their renditions of the greatest southern rock tunes of all time.

ABOUT LED HEAD
Based out of North Carolina, Led Head delivers the spirit and soul of the one and only Led Zeppelin. No fancy costumes, no fake imitations –just the real, raw, rock & roll music that Zeppelin has captivated us with for all these years! Led Head is John "JD" Davis on vocals and guitar, Joe DeHart on guitar, Jay Denny on percussion, and George Westberry on bass, keyboards and mandolin.

ABOUT THE GHOSTLIGHT CONCERT SERIES
Ghostlights are a tradition almost as old as theatre itself. They light the stage when there are no performers, keeping the spirit of the theatre alive. For many months in 2020, the Carolina’s ghostlight was burning bright, ready for live entertainment to return to the stage.

The Ghostlight Concert Series at the Carolina Theatre is presented with support from ArtsGreensboro.

If you had tickets to the Postponed Crown Mountain Jam II last year, your tickets are valid for this concert! If you are unable to attend this date and would like a refund, please email your request to boxoffice@carolinatheatre.com.