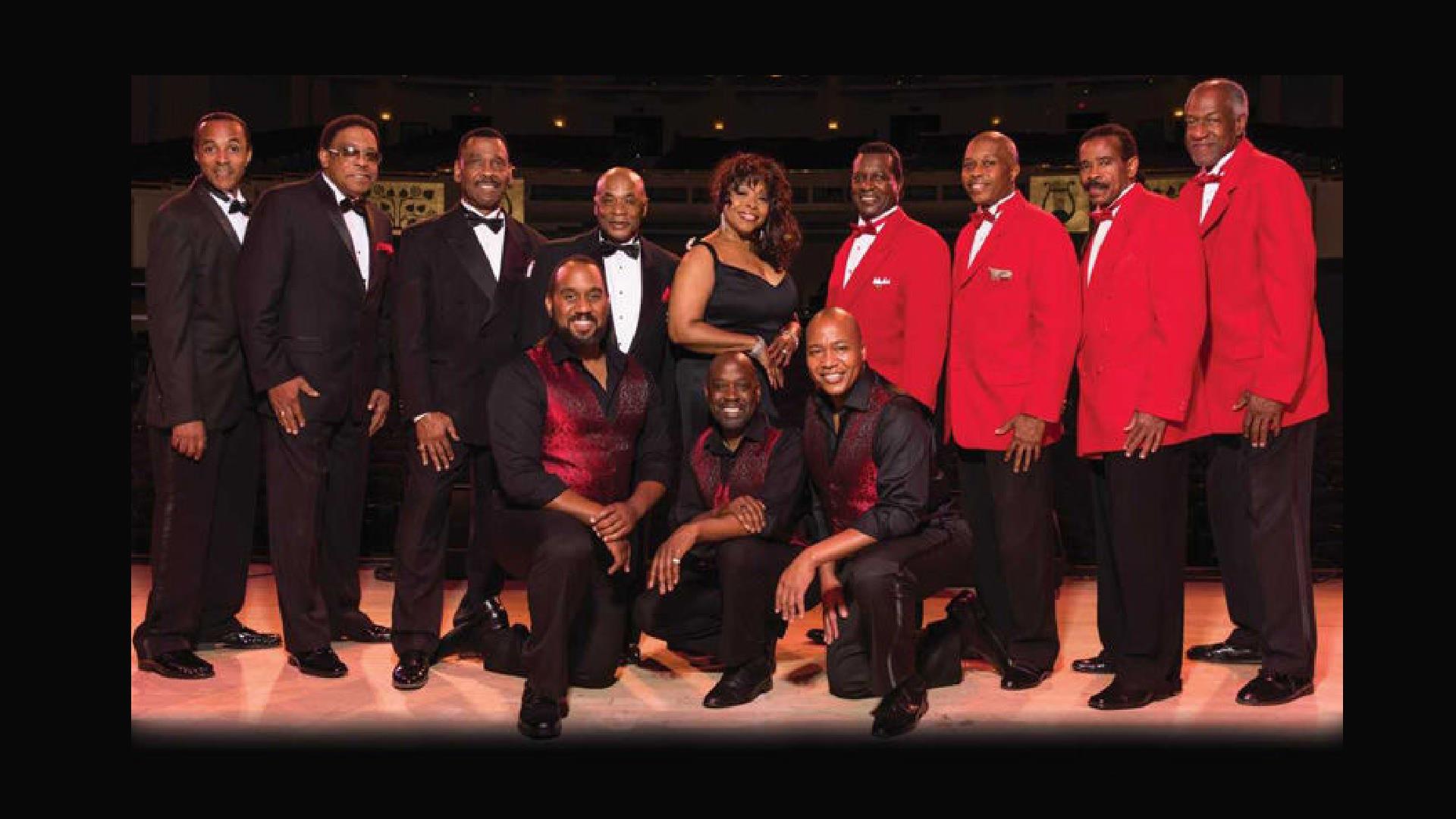 Tickets that were purchased for the earlier-scheduled The Drifters, The Platters, and Cornell Gunter's Coasters concert at the Carolina Theatre will be honored at the October 17 8pm show.

It’s not a concert–it’s a party! Spend a nostalgic evening saluting three of the world’s most beloved musical groups, all of whom were instrumental in creating the Rock & Roll, Doo-Wop sound: CORNELL GUNTER’S COASTERS (“Charlie Brown,” “Yakety Yak”); THE PLATTERS featuring four of America’s premier singers performing their greatest hits (“Only You,” “The Great Pretender”); and THE DRIFTERS, one of Rock & Roll’s founding vocal groups with their 50-year catalog of hits (“Under the Boardwalk,” “This Magic Moment”). This show has songs to please every palate, delivered just the way you remember them when you first heard them on the radio!

THE DRIFTERS are a great reminder that love songs transcend all ages with hits from “Save the Last Dance For Me,” and “Up on the Roof,” plus the timeless “Stand By Me.” Named one of Rolling Stone magazine’s Top 500 Greatest Musicians, it’s no wonder that iconic classic American musicians were the first group to be inducted in to the Rock and Roll Hall of Fame. Their beautiful “There Goes My Baby” enchants, but it’s the classic “Under the Boardwalk” that is the most played R&B disc of all time.
THE PLATTERS offer fans a chance to hear their debut single “Only You (And You Alone)” which launched the first African-American vocal group worldwide and their number-one hit “The Great Pretender” as well as “Smoke Gets in Your Eyes,” topped off by “My Prayer.”
This year is the 36th anniversary of the formation of CORNELL GUNTER’S COASTERS. The revival of hits from the ’50s lives on with the iconic doo-wop sounds of the 1950s and 1960s. Classics like “Poison Ivy,” “Yakety Yak,” “Love Potion Number Nine,” “Searchin’,” “Young Blood,” and “Charlie Brown” are sure to please.