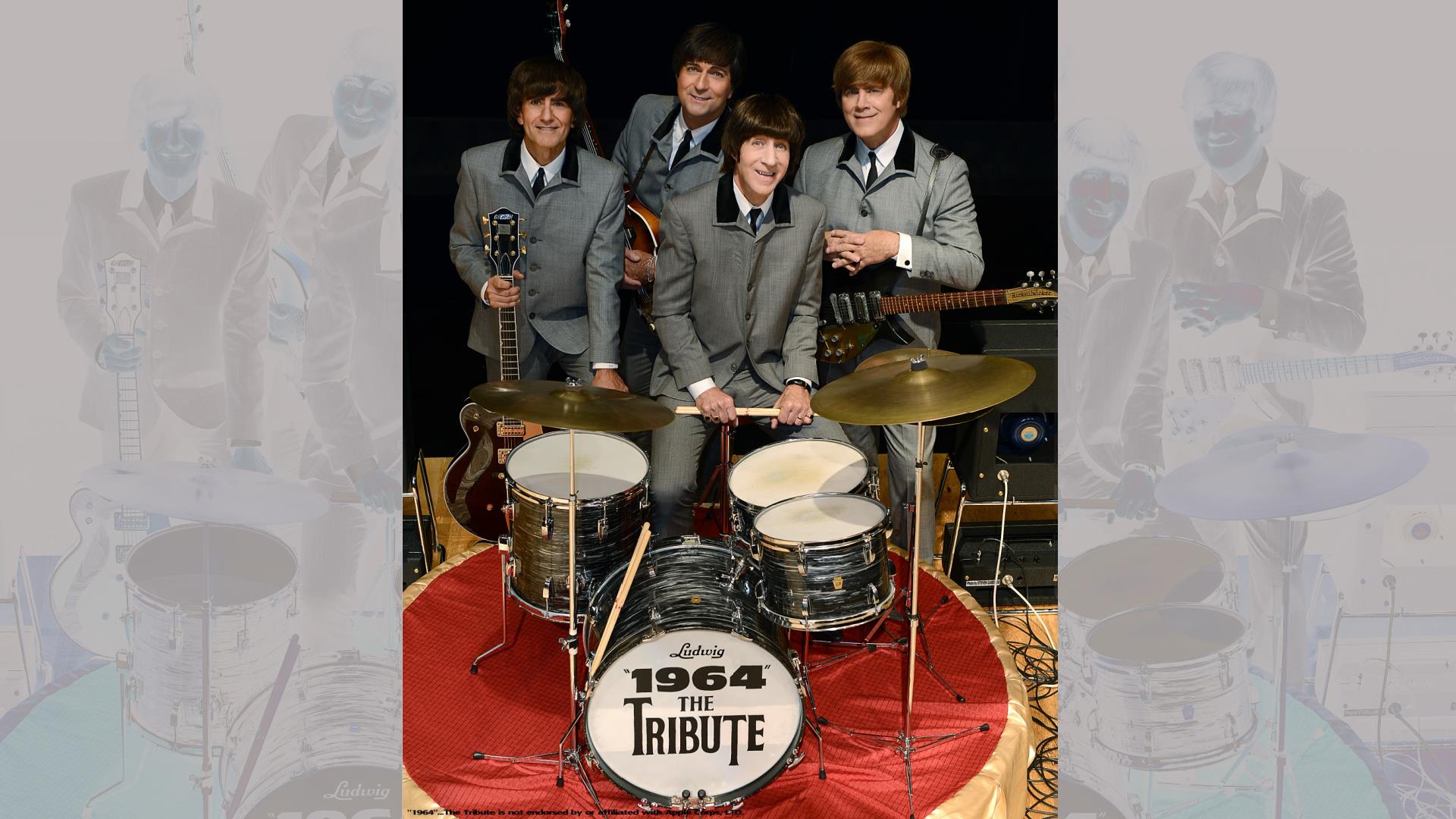 This event has been postponed due to scheduling conflicts. The new date is Saturday, Septemebr 17, 2022. All tickets will be honored at the new date.

Hailed by Rolling Stone Magazine as "The Best Beatles Tribute on Earth", 1964 focuses on the quintessential moment in history when The Beatles played before a LIVE audience. 1964 meticulously re-creates the excitement of those LIVE Beatles' performances with artful precision and unerring accuracy. 1964 takes their audience on a musical journey to an era in rock history that will live in our hearts forever. Unlike other tribute bands, 1964 concentrates on the "touring years" of The Beatles. "1964" has accomplished more than other acts could ever imagine, with an astonishingly accurate re-creation of the energy and magic of those touring years.

Tickets are $54, $49, or $44, depending on location.
Ticket Commissions: A $5 processing fee and NC Sales tax will be added to each ticket.